This program explores how specific spaces, places and sites might reflect varying experiences of rootedness, movement, displacement, and/or transformation. What memories and rituals migrate through time and space and what is lost? We are interested in works that experiment with ethnographic approaches and/or anthropological questions as they relate to beings and the environment.

“La mirada detenida” / “Gazing into space” – Julieta Anaut and Ignacio Laxalde
Halfway between fiction and performance, poetry emerges from an experimental language to tell of different realities that intertwine: A birth at the Natural Science Museum and an open landscape that was altered. A woman surrounded by embalmed animals, extinct species and classified life, goes through a symbolic situation of a sought-after past or a devastated future where nature only exists in a conservation space. In an attempt to go back to the origin, she decides to go back to the bond with the rugged landscape that claims for her.

Untitled – Vera Brunner-Sung
In Southern California, the housing boom generated a seemingly endless repetition of pastel stucco boxes. This micro-portrait draws attention to the human side of this standardized environment, revealing the intimacy of anonymity in one suburban fortress.

Beneath a Glass Floor Lobby – Lisa Danker
A short essay film on what two mixed-use development sites in Miami reveal about the city’s conflicted relationship to its own history.

Speech Memory – Caroline Key
Father and daughter discuss the lives of past generations to form a posthumous portrait of the filmmaker’s grandfather, Key Jin Yun. A deaf-mute Korean born in Japan during its occupation of Korea, Key Jin Yun, was raised fully integrated into Japanese society, learning only written Japanese and Japanese sign language. In 1945, with Japan’s defeat and the end of the occupation, he and his family returned to Korea. Speech Memory examines the impact of immigration and cultural assimilation through the details of Key Jin Yun’s life, revealing the shifting complexities of language, national identity, and memory. 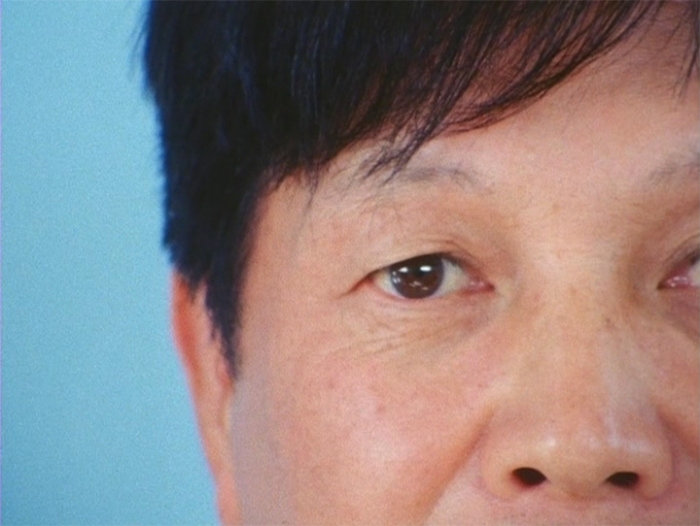 I am Ayotzinapa – Kadri Koop
The film documents one small part of the massive international indignation generated by the forced disappearance of 43 students from a rural teacher’s college near Iguala, Mexico, one late September night in 2014. In San Francisco, 43 Latino artists living in California respond to this by now infamous human rights violation with art.

Exile Exotic – Sasha Litvintseva
Steeped in elliptical history and historical simulacra, Exile Exotic is set at a hotel that is a replica of the Kremlin. Narrating the exotic beginnings of my mother’s and my exile from Russia, the film serves as a platform for us to visit the Kremlin again, albeit by the side of a pool. Soundtracked by an operatic score reminiscent of the song of the sirens making Odysseus stray on his long journey home, our story reverberates throughout the scope of Russian history’s limiting of free movement of individuals. This film is a pilgrimage. This film comes in waves. 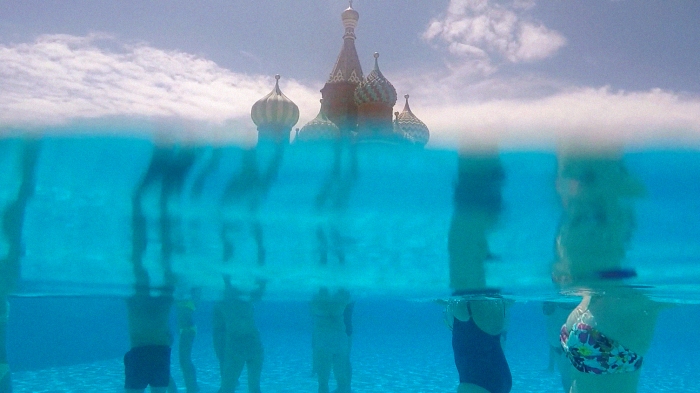 Amygdala – Jeannette Louie
Amygdala is a scientific tale. Located deep inside the temporal lobe of the human brain, a small almond-shaped region orchestrates our emotional life. This is the amygdala, which is an ancient biology that deciphers whether an experience is emotionally traumatic or merely anxiety-ridden. It structures our emotional responses to these experiences. Amygdala is an experimental film that illustrates how the perception of fear operates by combining the lyrical tradition of a fairy tale with the vernacular nature of presenting scientific fact.

Portrait #3: House of Sound – Vanessa Renwick
In the 1950s, Williams Avenue had the most significant concentration of Blacks living in Portland. In the late ‘50s, pushing an ‘urban renewal’ policy and exercising the power of eminent domain, the Portland City Council condemned almost the entire neighborhood to replace it with the Memorial Coliseum, Rose Quarter and Emmanuel Hospital. Ediited film and an edited 5-hour radio show dedicated to the memory of the House of Sound record store, this is a eulogy for the former community center and for all the places up and down the street that used to fill those empty lots, now unrecognizable as mixed-use, high-rise hyper-urban development.

The Road to Kalmar – Margaret Rorison
This piece is an ode to Anna Karlson, who was born in Kalmar, Sweden and immigrated to North America in 1909 to start a new life. She was born to a family of poor farmers, many of whom died early on. Anna moved to the United States by herself when she was 19 years old. The footage was shot in Kalmar, Sweden by her great granddaughter, Margaret Rorison 94 years after Anna left her homeland. The footnotes of text are taken from recorded childhood memories of her grandchildren, Debbie and Pamela. Soundtrack by Josh Millrod.

Broken Tongue – Monica Saviron
BROKEN TONGUE is an ode to the freedom of movement, association, and expression. It pays homage to the diaspora of the different waves of migration, and challenges the way we represent our narratives. This film is a search for a renewed consciousness, for reinvention, a “what if”, the formal equivalent of asking a question expressed with a broken tongue – or not so broken after all. Mainly made with images from the January 1st issues of “The New York Times” since its beginning in 1851 to 2013, BROKEN TONGUE is a heartfelt tribute to avant-garde sound performer Tracie Morris and to her poem “Afrika”.