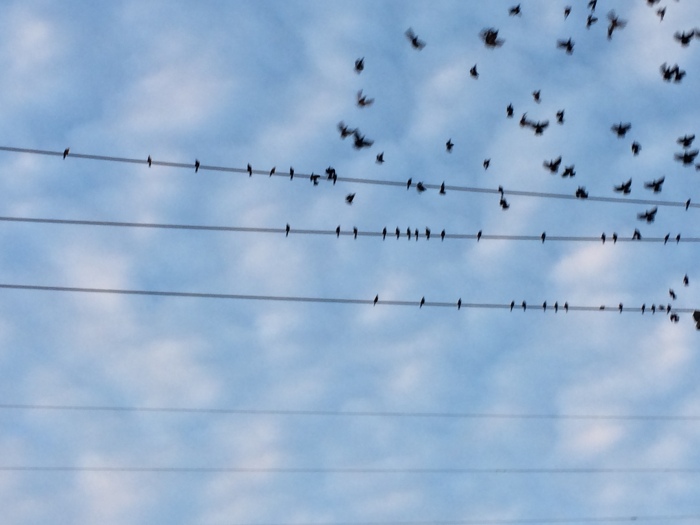 An homage to Chantal Akerman’s vision in exploring tensions between documentary and fiction. 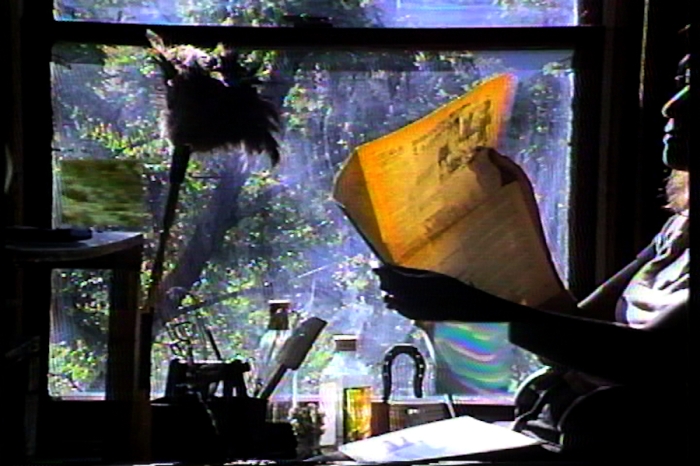 A woman drinks tea, washes a window, reads the paper– simple tasks that somehow suggest a kind of quiet mystery within and beyond the image. Sometimes one hears the rhythmic, pulsing symphony of crickets in a Baltimore summer night. Other times jangling toys dissolve into the roar of a jet overhead, or children tremble at the sound of thunder. These disparate sounds dislocate the space temporally and physically from the restrictions of reality. The small home-movie boxes within the larger screen are gestural forms of memory, clues to childhood, mnemonic devices that expand on the sense of immediacy in her “drama.” These miniature image-objects represent snippets of an even earlier media technology—film. In contrast to the real time video image, they feel fleeting, ephemeral, imprecise. 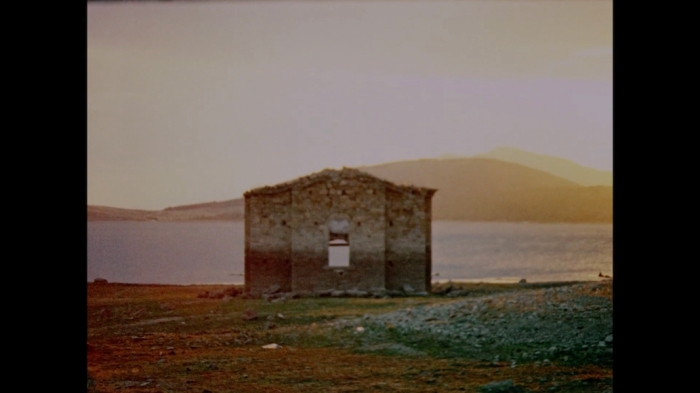 Baba Dana Talks To The Wolves is an impressionistic portrait of Baba Dana, an 85 year-old Bulgarian woman who has chosen to spend her life in the mountains, away from people and cities. 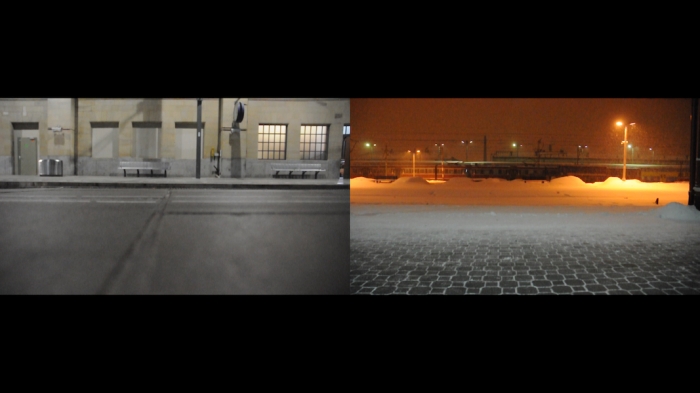 “Mankurt” presents a telescoping view on the body as a topological entity controlled by social agencies; its relationship to politically controlled and regimented space. The project evokes the historical failure of claiming and constructing space and the effect that the spatial politics—geographical and political—had on the formation of constructs such as language and national identity. Such constructs play a role in development not only of the virtual identity (the identity of the “I” in the world) but on a tangible level mold the continuously subdividing cells in our bodies. The footage covers: Bahrain (the Arab Spring), Occupy London, space between the border of EU and Ukraine, train stations in Calcutta, Mainz and many others. The telescoping effect starts with shots of the failure to claim a space in the uprisings to actions marking space that are articulated by commodity objects: illusory expressions of national products such as Morton salt. The text is a weave from many different authors: from Derek Jarman to Pierre Guyotat and artist’s own. 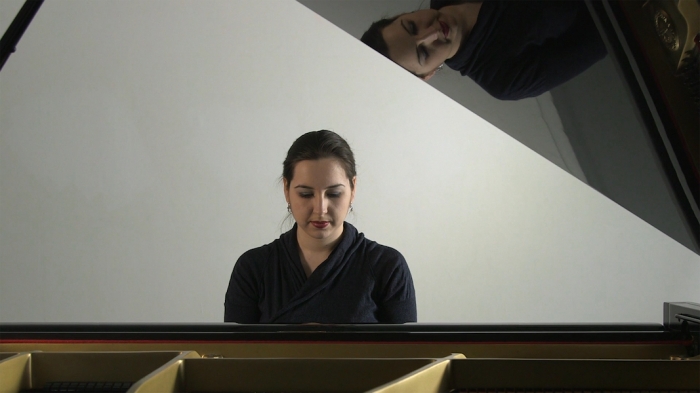 In this work Ligeti builds complex rhythmic textures of sound which weave together as the piece develops. The pianist’s performing body is foregrounded though the blocking, or holding down, of piano keys by one hand while the other plays over the top. This prohibits the sounding of the piano strings, enabling the sound of the fingers striking the keys to be heard through the stuttering rhythm that this technique creates. The holding down of the notes alternates both the sounding and silencing of the performers body and piano, in an act of placement and displacement. 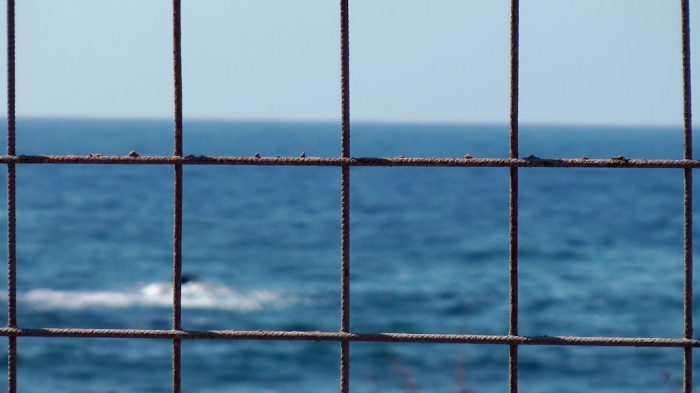 According to estimations by international organizations, more than 3,500 people drowned in the Mediterranean Sea on their flight to Europe in the year 2015. The real number is probably significantly higher. “mare mediterraneum” describes the dangerous crossing of people fleeing to Europe in 7 short experimental-documentary sequences.

In this experimental video-essay ethnographic research and art forms combined with an enigmatic electronic musical motif merge to create a meditation on the border life between the United States & Mexico. Based on both years of ethnographic work in Tijuana and an ascetic shooting schedule of 24hrs, the artist and anthropologist refracts her experience in the region by attempting to sculpt a textured living portrait, a sort of biography, of the Wall that separates Tijuana and San Diego. Images of a rusty wall, unruly topography, decaying surveillance structures, furtive moments of undocumented migrant crossings, and dystopian landscapes are interwoven with a mournful voice-over enunciated from a different time and place. The fate of the Wall is sealed: its remains are to be collected like forensic evidence by a visitor, perhaps another anthropologist and artist, perhaps another undocumented migrant, from the future.

We are delighted to have Fiamma Montezemolo present for the screening and Q & A.

—
“I am a part of all that I have met.” – Alfred Lord Tennyson, Ulysses