GAZE is excited to present Animation Spectacular IV! Join us for an evening of 16 original animated works that explore cinephilic obsession, deception for personal gain, spatial memory as a site for healing, disorientation as form of radical resistance and so much more.

THE ROT RUNS DEEP by Shubhangi Singh (0:24)
What is the latitude of identity and the arc of identifying through micro gestures? Through tiny mutations? Through practices of subtle transformations? The Rot Runs Deep is a sketch in direction of that exploration where nuanced approach toward presence hopes to make the absence visible.

PROXIMITY by Karly Stark (1:38)
Me to Agnès Varda: “I wrote my thesis on Cléo – I’ve seen that film over 20 times” Agnès: “That’s more times than I’ve seen it.” a rotoscope reflection on my cinephilic obsessions.

CUENTOS PARA NIÑOS #1, by Michelle Trujillo (3:21)
La Llorona transcends from the world of the living to that of infinite waters. Images were created on 16mm film through alternative techniques.

FRACTURED by Laurie O’Brien (4:06)
Inspired by our relationship to the past and our contemporary disconnected world. Made at Visual Studies in Rochester, NY and at Light Cone in Paris. 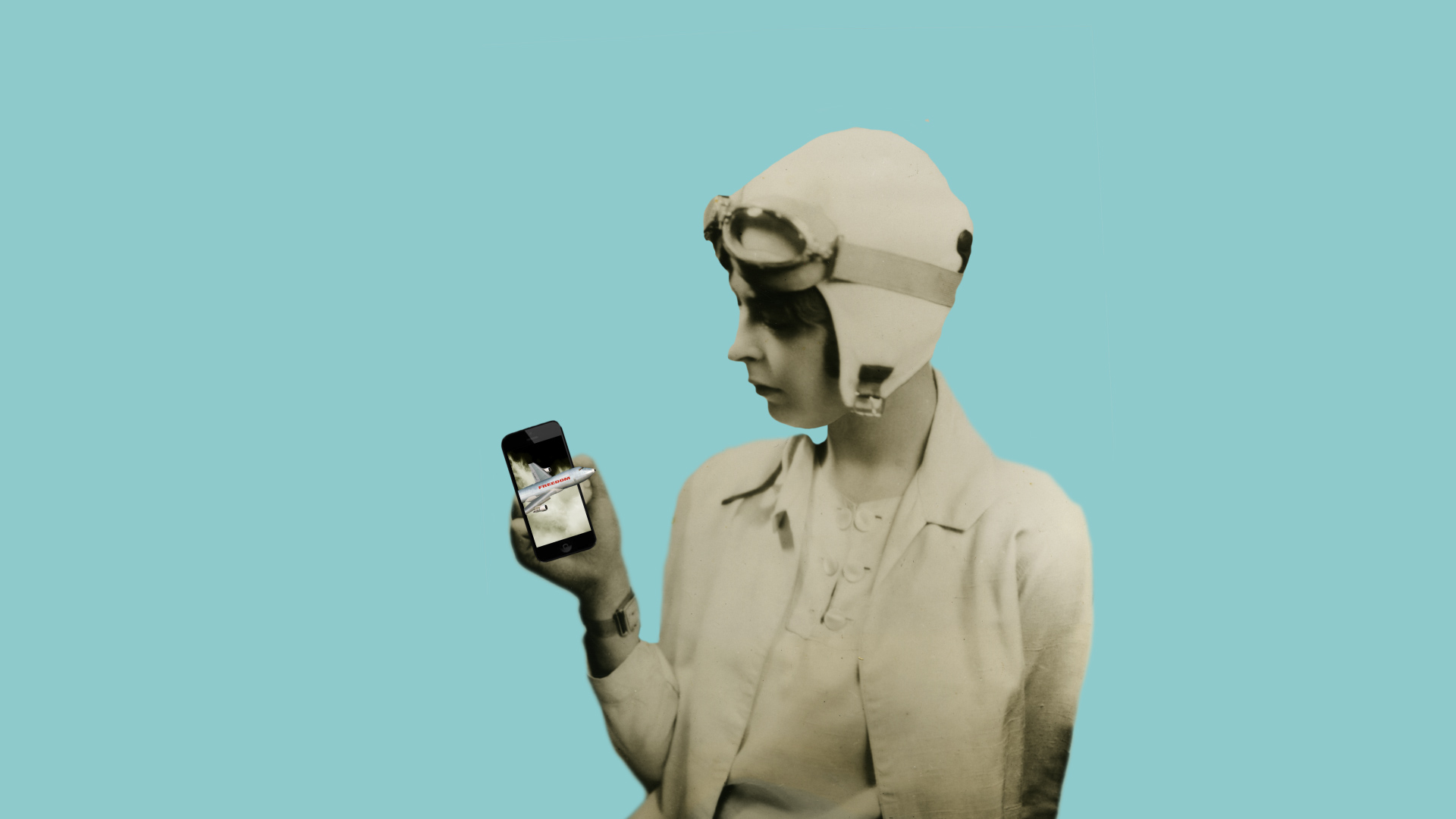 WHEN WE BRING BALANCE by Robin Bean Crane (1:24)
A vision for a restored watershed, an ode to salmon, a call to action. This film is inspired by the words of Chief Caleen Sisk and the Winnimem Wintu Tribe’s work to protect their indigenous lifeways.

CPS CLOSINGS & DELAYS by Kristin Reeves (6:38)
The Chicago Board of Education made history in 2013 approving the closure of 50 schools, the largest public school closing to date in the United States. I documented all 50 schools on a 100’ roll of 16mm film while my digital camera caught visual and audible vignettes of the school communities. Direct laser animation and bleach were used to distress the 16mm film, which was then optically printed. 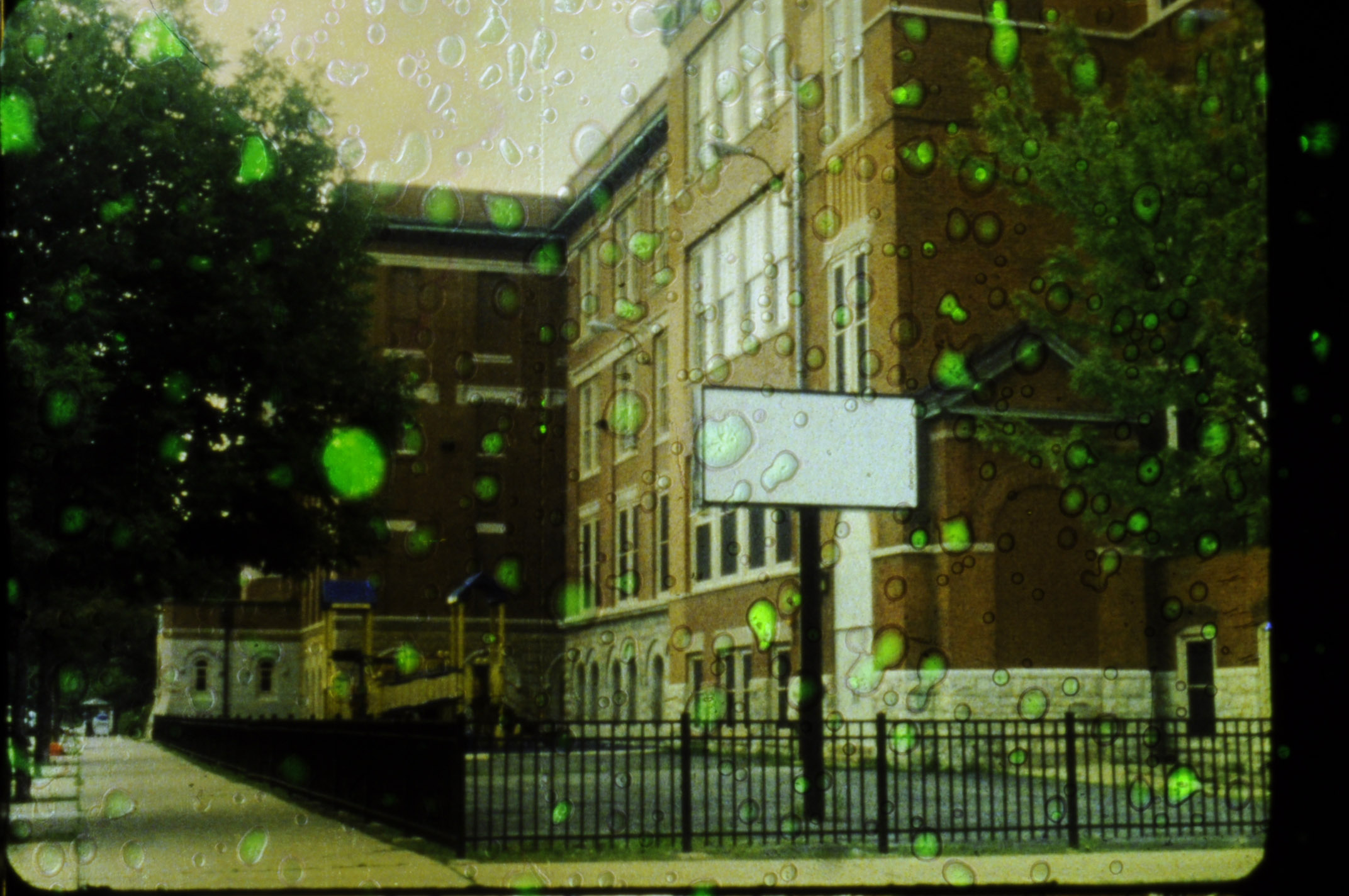 GETTING INTO SHAPES (4:02) by Carey Lin and Gabriel Gilder
A playful stop-motion investigation of narrative that utilizes the format of four short stories, or “yarns”, bookended by five variations on a theme. ‘Getting Into Shapes’ was animated at Opossum House in Eugene, Oregon, as part of an artist residency there in 2018. The original score was composed and recorded in San Francisco, California using audio collected by the artists from around the U.S. and internationally.

BUILDING THE CITY OF EXILES by Asma Kazmi (6:27)
Reflecting on the status of sanctuary city of San Francisco, this project examines the material culture of the city’s shelter and encampment structures, as well as construction sites. The work shows stark excesses in infrastructure planning and building practices, that frame a drifting marginalized community of immigrants, refugees, and exiles struggling to keep up with the radically changing global city. 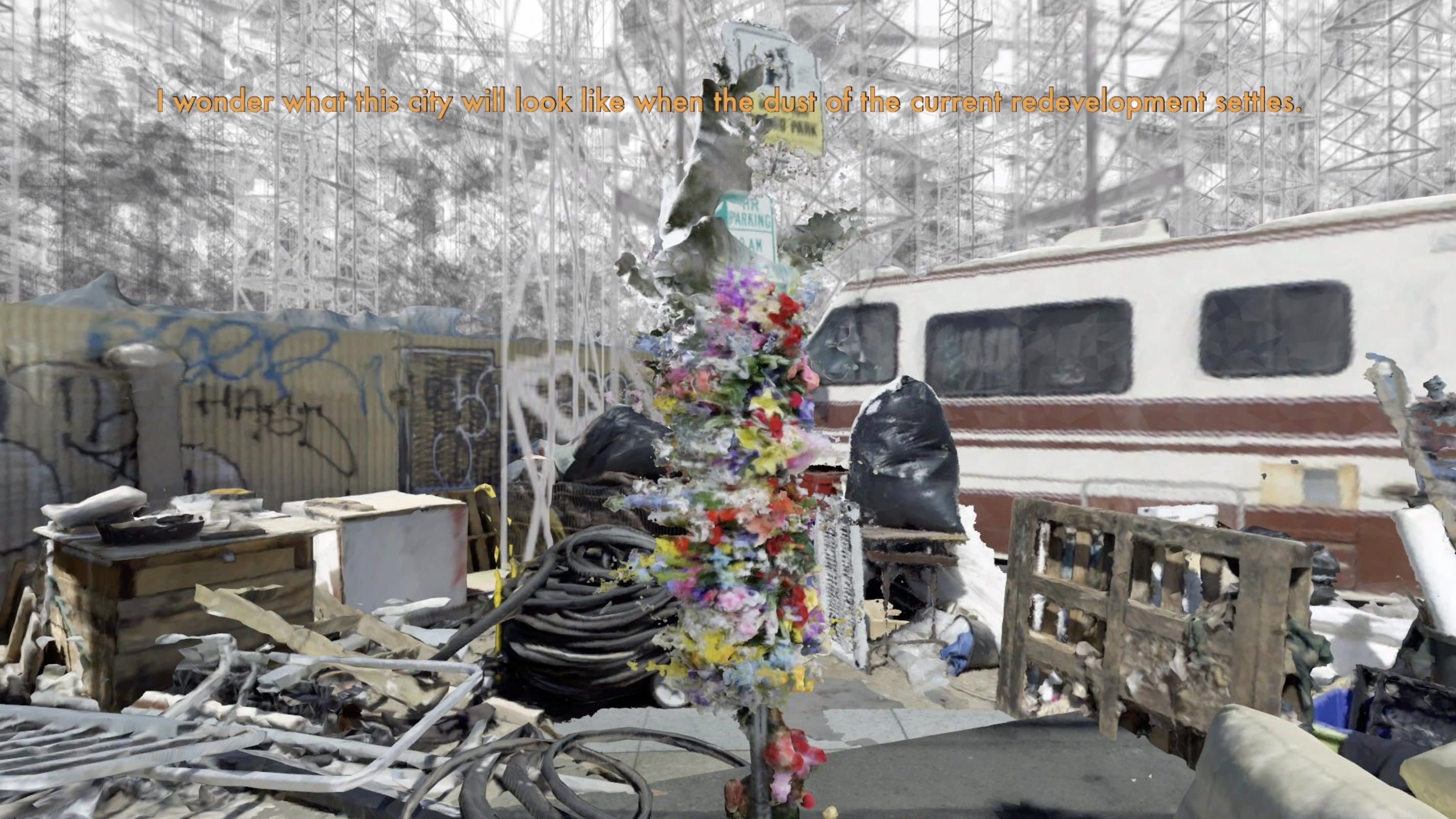 EMPTYING, TO MAKE ROOM FOR OVERFLOWING by Hannah Hamalian (5:09)
What if there are really gleaming cities hung upside-down over the desert sand? A girl contends with her fate by taking on a variety of forms. A cube becomes a vessel, a site of transformation, a container of the universe.

MY FLESH CRAWLS by Alison Davis (3:27)
Your flesh is porous. If you are not vigilant something could slip through. It is important to check yourself over and then check again. This hand-painted animation will show you how.

CONFIDENCE GAME by Kathleen Quillian (6:03)
Confidence Game sheds light onto the motivations, methods and impact of those who use persuasion and deception to bring about personal gain.

SANCTIFY by Youna Song (5:29)
Sanctify is about sexual harassment trauma. There are two characters: me & my traumatic memory.

SPEAKING IN TONGUES by Shubhangi Singh (4:14)
An imagined conversation between Purnima Chawla, an Indian poet/ pedagogue who had emigrated to Oslo, Norway in the early 1970s and Marie Hamsun, a Norwegian writer/ poet and a rather contentious figure in the Norwegian political and literary landscape, Speaking in Tongues is a dialogue between the two women that might have been, should have been, but perhaps, would never have ever been.

SPAZI INDETERMINABIL by Michelle Trujillo (10:46)
Spazi Indeterminabili is an exploration of spatial and social orientations within national borders, and social structures.  It follows personal memories and portraits of space and spacelessness through the cities of Miami and Milwaukee. It holds onto the ideas found in Sarah Ahmed’s “Queer phenomenology” that call onto the concept of disorientation as a radical form of resisting and being in the world.